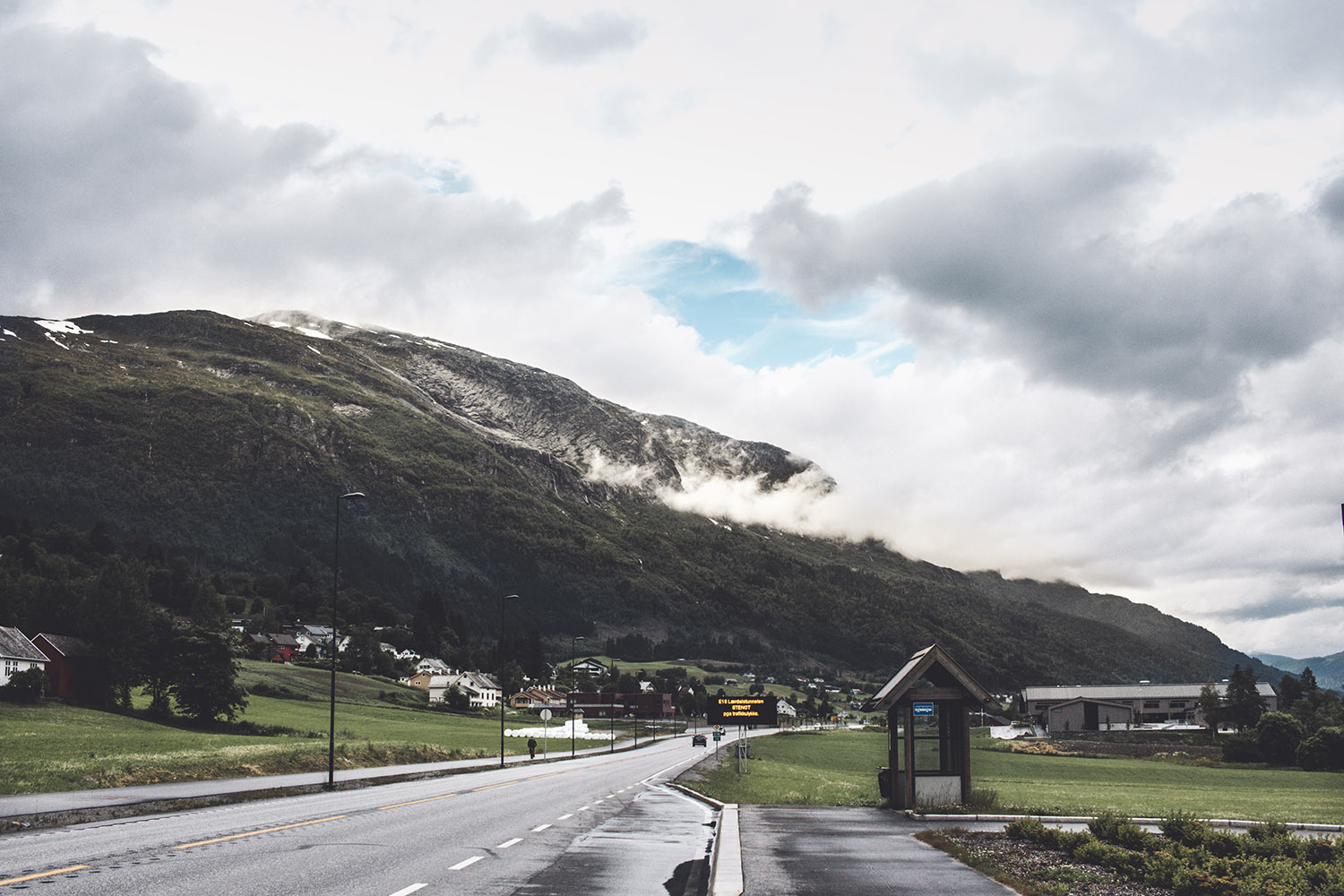 After staying in Bergen for about eleven hours, Albert, my friend from Kazakhstan, and me left quite early after we woke up. We decided to increase our chances to get a lift, if we take train one stop out of the city to start on the road there. It was just one station, but we got caught driving without a ticket so we had to pay a penalty. Thanks. We waited on the street for approximately 15 minutes and already got picked up by a horse transporter, who took us with him for about one hour. After that, things went quite shit for us. It started to rain (remember me without a jacket) and for about four hours no one stopped. We decided to change location and we waited another six hours in the rain without anyone even baring an eye. The day passed by and our mood really went down. My plan was to hitchhike all way up Norway and then down to Helsinki, from were I already had booked my flight home, but this day really made me think about my plan twice. We were forced to put up the tents in the rain and after I made some pasta for the two of us, which Albert said was the most romantic dinner he ever had, we called it a day, still in mind to try it again tomorrow even earlier. I swear, I never ever want to go back to Voss.