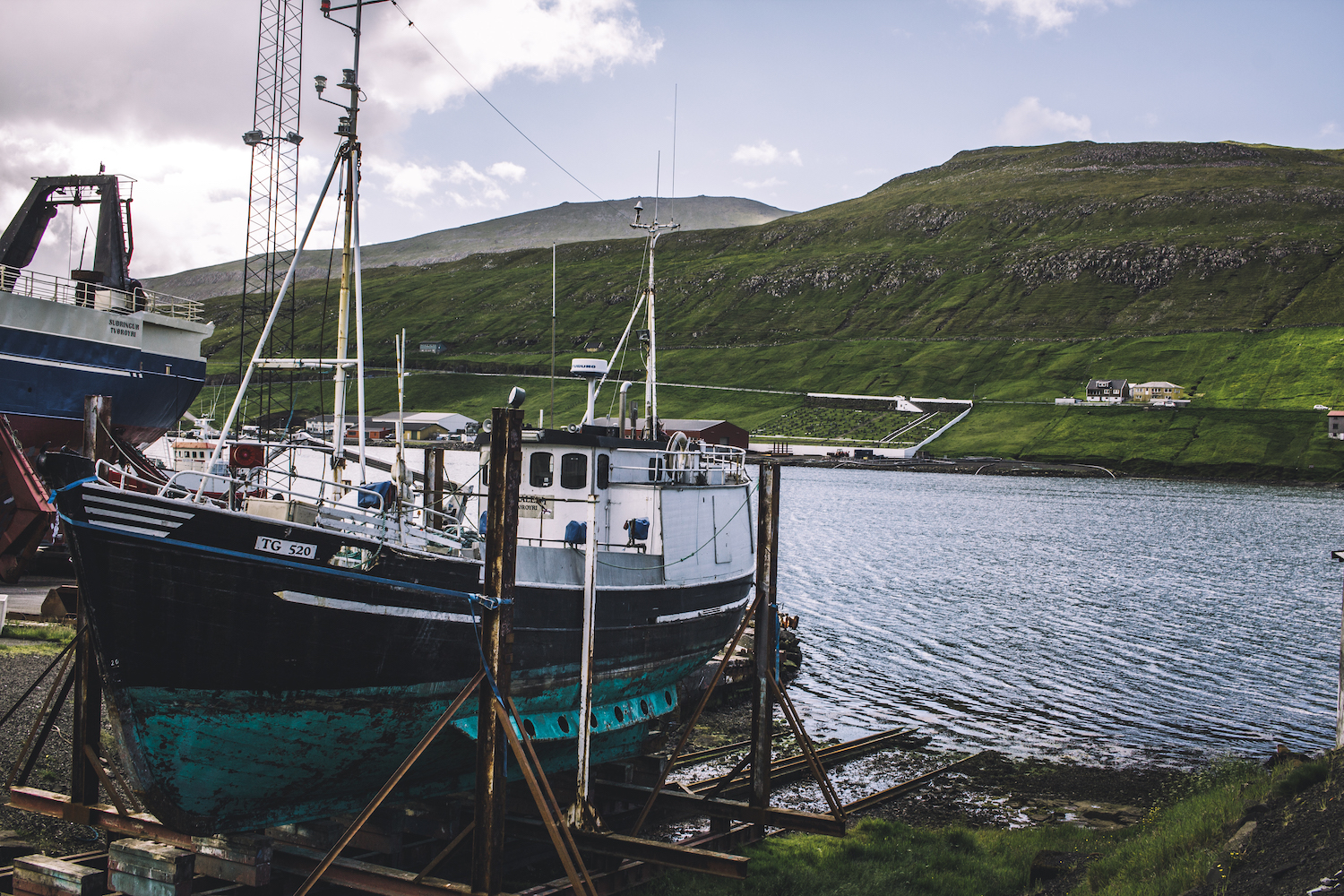 I woke up early like every day at 6 (holidays right..) and took the first ferry to the most southern island: Suduroy to meet up with a kayak rental. Arriving there I went to the second biggest city called Vágur, to meet with Faroe-Outdoors. I was running a little bit late, but while waling down the road I already got picked up by the kayak instructors. They said that they stopped for me, because in their eyes I look like the guy for such things. Okay then. Once again I was very lucky with the weather and half an hour later I’ve already been out in the middle of the Atlantic Ocean with two Faroese guys and two girls from Saudi Arabia, altogether enjoying the day in the sun. The kayak tutors were maybe the most awesome dudes of the whole Island and after the prepared tour they even took me back with them to the ferry and then to Torshavn. On that very ferry I also got to know some locals who gave me some recommendations for hikes as well as for food. I explained that I haven’t tried local fish yet and because one of the girls was a waitress at Barbaras Fish House, I got invited to dinner for later that day. Also for the next day the other girl Sonja invited me for a breakfast in the hotel she is working in. Lucky me! Because it was Friday, I ended the day in a night out in Tórshavn in my dirty hiking clothes, including maybe the best fish in my live and some Austrian wine (it was the first one on the menu, ok?), sharing some beers with local students who came back home for the summer break. It almost felt like I came back home.