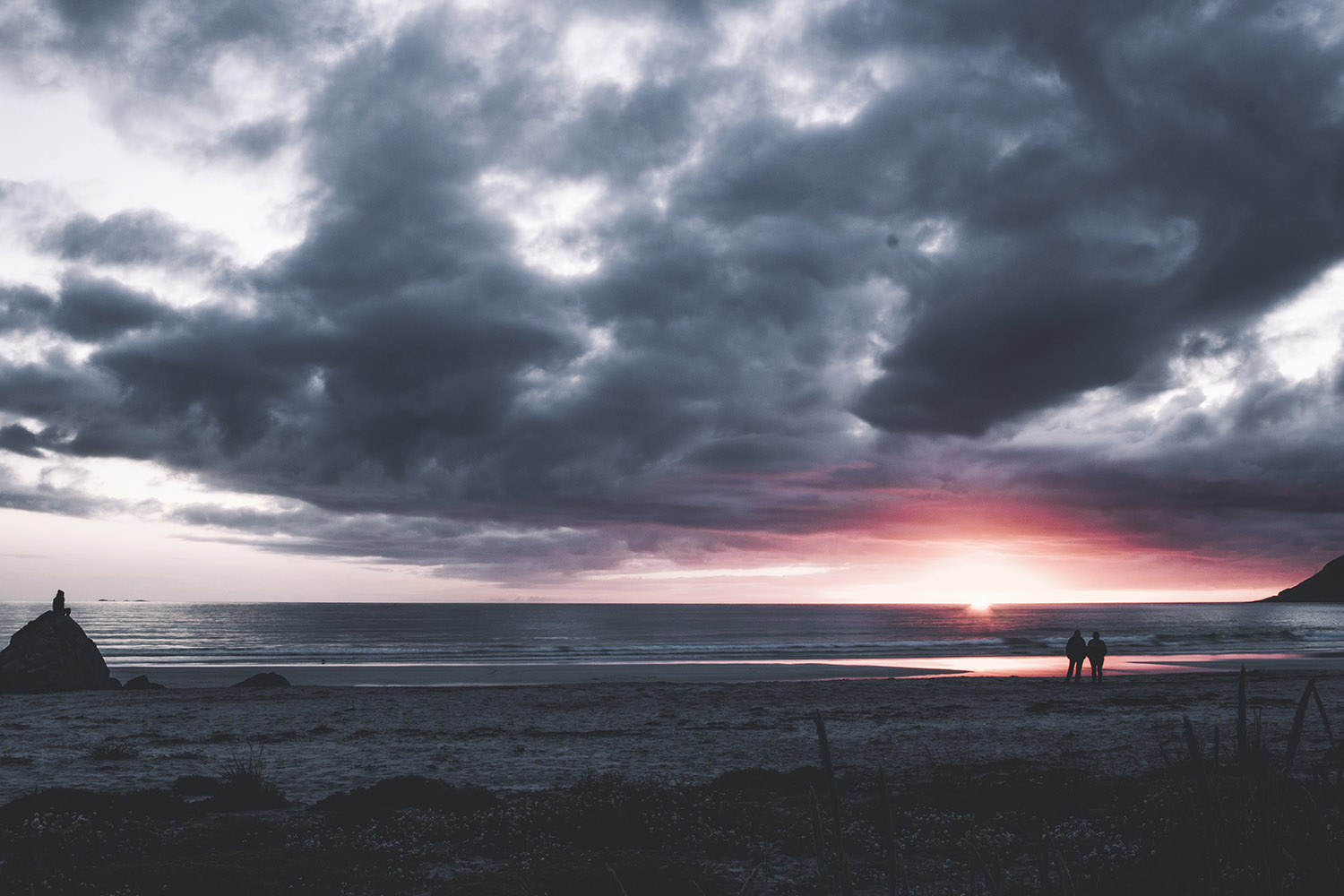 I put my tent up at a small beach somewhere in nowhere, woke up at 7 in the morning and rode the kayak back before 10 like promised. When the kayak instructor saw me again he was surprised, but also happy that I was still alive. They already set bets one me. After I enjoyed my breakfast at the beach I realised that I have really been out there the whole night all alone. Once again I felt a little bit more like an adventurer. Unfortunately it was the last day on the Lofoten, Norway and paradise itself and I had to continue my journey to catch my flight. Car by car I went closer to the border to Sweden. A german doctor from Hamburg in a small VW car took me with him. He drove the car with his knees, while rolling one cigarette after another. We stopped at a river for supper as we calmly watched a fisherman trying his luck. He went north again after Narvik so we had to say goodbye. If you never have hitchhiked before, be aware that getting a ride in the late hours of a day can be challenging, so don’t make the same mistake as I did and try to get even further when you have an opportunity to stay the night at a camp side. My next ride was with a strange Norwegian guy who kept telling me stories about hunting in winter. I asked him if he is going in the direction of Sweden and he just answered, that he is going shopping in „the Sweden“. From his empty car I should have guessed that he was just going there to get alcohol and he kicked me out of his car shortly after we crossed the border, leaving me in the cold. I knew I was fucked. The border itself was a mountain pass, the wind was strong and I swear I thought it would start snowing immediately. Like a miracle a cute Swedish couple came by and took me with them. They both were so friendly and lovely, it's impossible to tell and I can't thank them enough for saving my ass. They took me with them to a camping place, where they had warm showers. We spent the evening together cooking and talking about life and stuff. I felt very bad that day, especially after leaving paradise, but as they listened to my stories with joy, I had the feeling that not all was that bad.