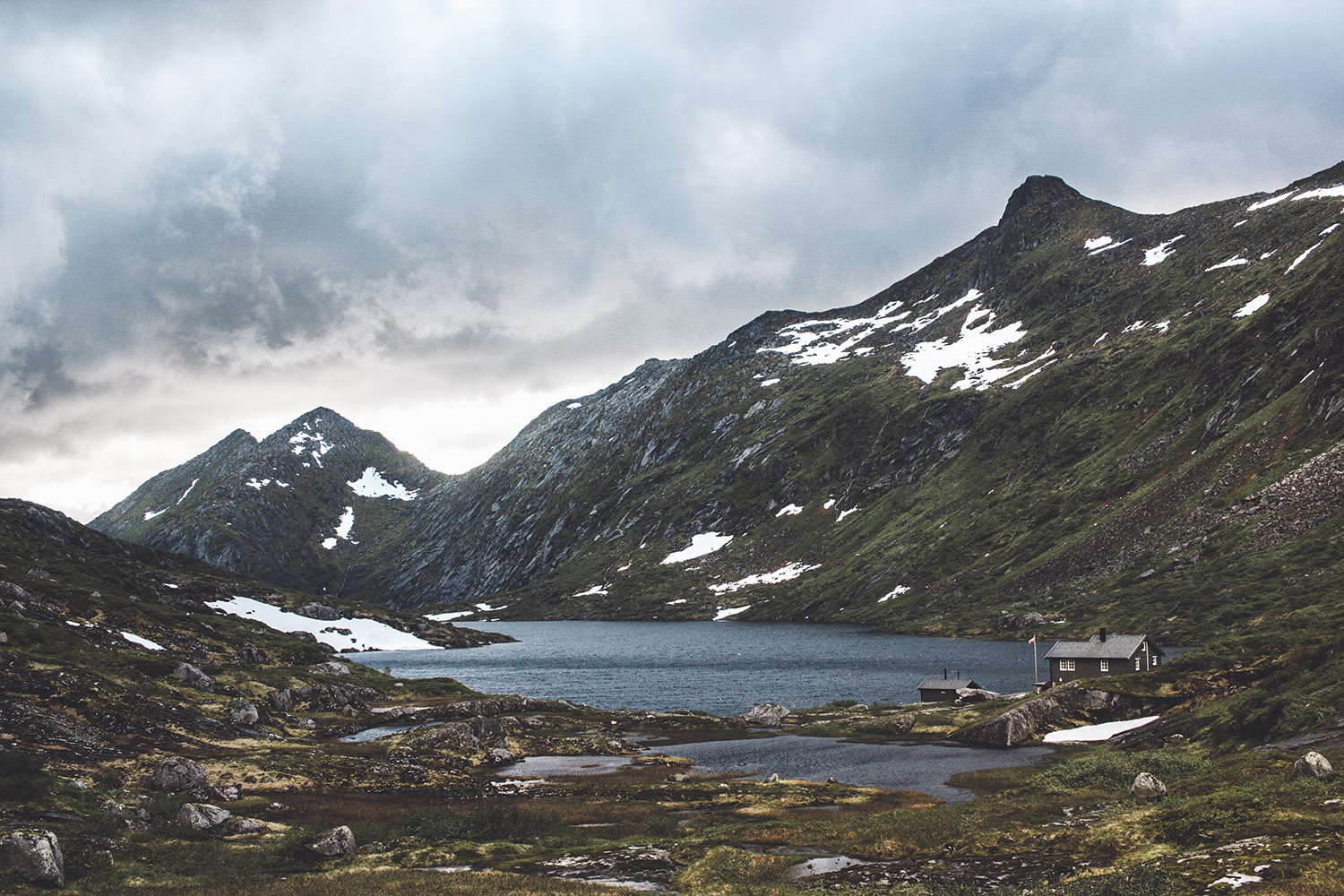 We arrived at Å at midnight and drove to Leknes for about two hours and stayed there for the night. As all good things have to come to an end I had to say goodbye to Thea in the morning and continued my journey on my own again. My next plan was to do a hike up a mountain to get a nice view over the whole islands. Even tho the mountains were not that high, caring around all my stuff I had with me made it quite a challenge. Due to a mobile phone app I found a route to a cabin where I could rest the night and warm me up again. Lucky the doors where open, otherwise I would have frozen to death, again. The cabin itself was very isolated and I was all alone, no internet and no signal. Later that night a french couple came by and we shared some tea, played cards and Yahtzee.