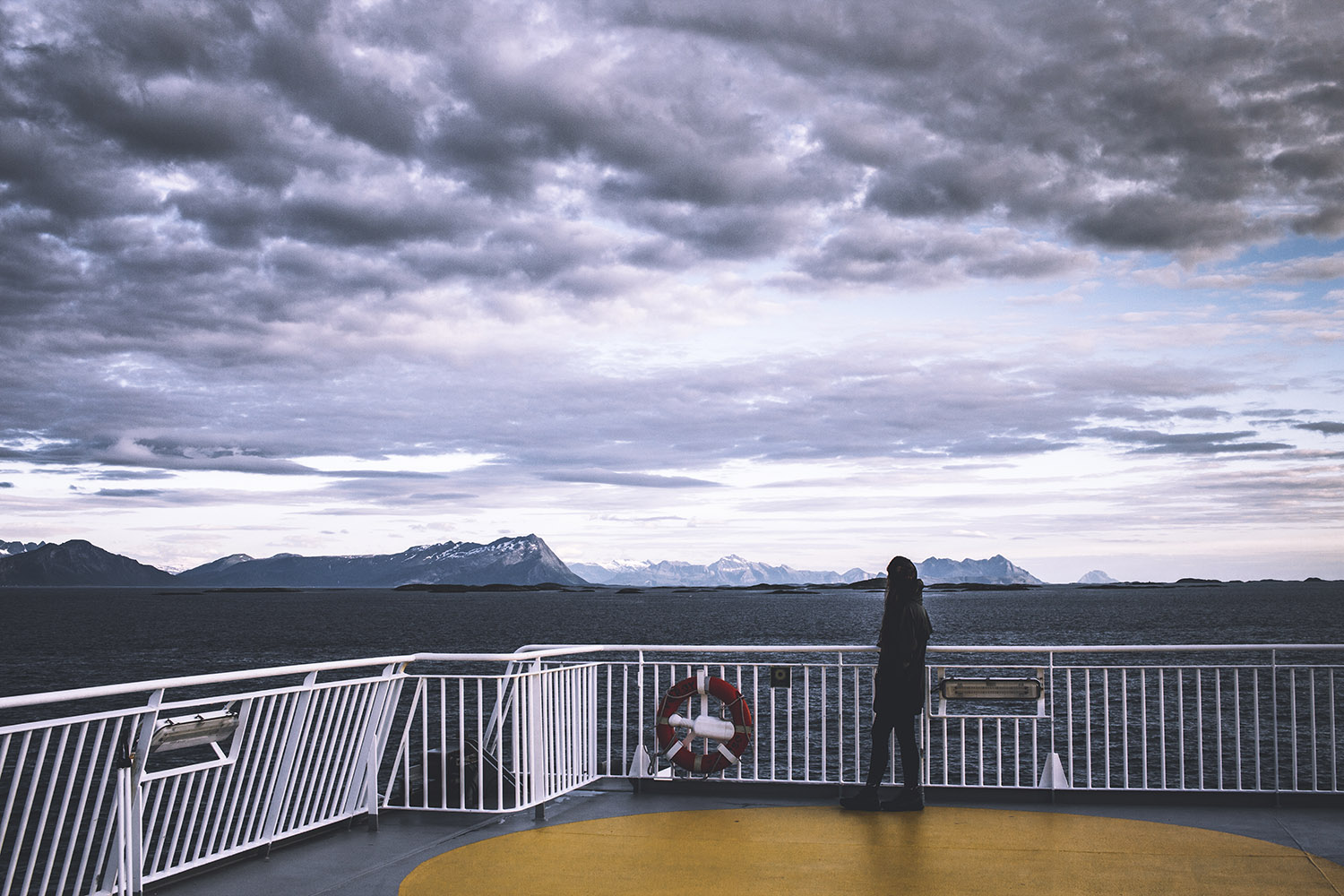 The next day in Bodø went by very slow as we had to wait until the evening to get the ferry to the Lofoten. I made the best out of it and bought some new shoelaces as my current one ripped somehow some days before. Unfortunately the ferry was quite popular so besides waiting in line with the car for hours and trying to catch some fish in the meantime nothing special happened. As the two of us were hangover as well, maybe the day was meant to be so. On the ship’s bow, I had some interesting conversation with a photographer from New Zealand, who managed to travel the world with his wive and their four kids for over a year now, while watching the islands getting closer bit by bit.