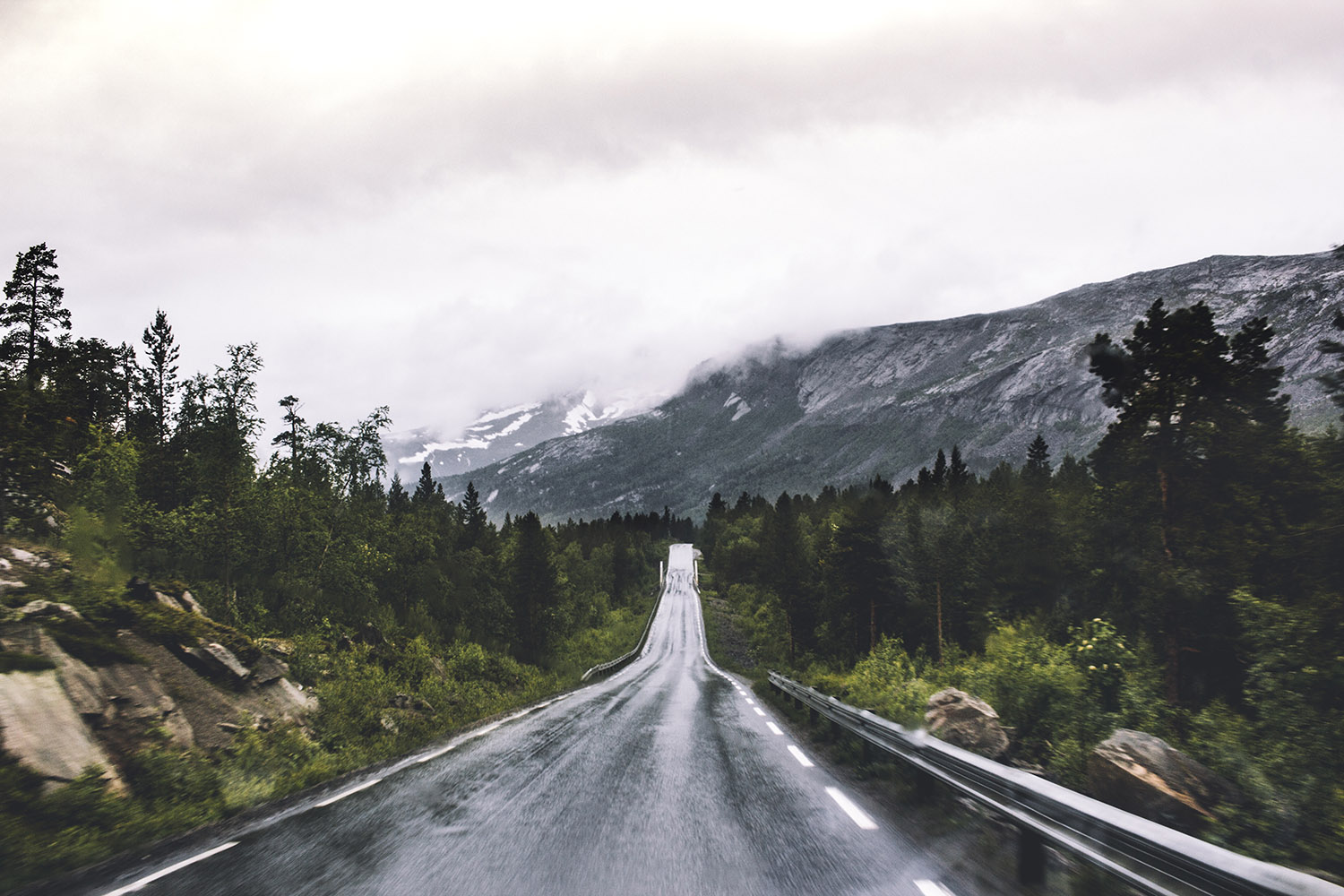 We got recommendations to visit Torghatten the next day. The weather was shit, but the view was yet still amazing. We drove up north the whole day until we finally ended up in Bodø, a small town from where we wanted to catch a ferry to the Lofoten Islands. Because the night was young we went out for some beers at a local pub that I got recommended, where we played pool and caught up with the locals. When the bar closed down a random guy was so exited to keep on partying, that he invited everyone to his place. We ended up at a private house party over a garden tools store with a fridge full of beer and people all over the place. Of course I knew no one and tried not to get too much attention, which turned out not to be so easy as I don’t speak Norwegian. A guy asked me to look after the BBQ and after a while people got suspicious and questioned theirselves who the fuck I am, I explained my situation and how I ended up here. They all laughed and congratulated me that I managed to show up at the, how they claimed best party in town with the legends themselves, and poured me in more beer. What a night.